Out of Pluto at the Centre Pompidou 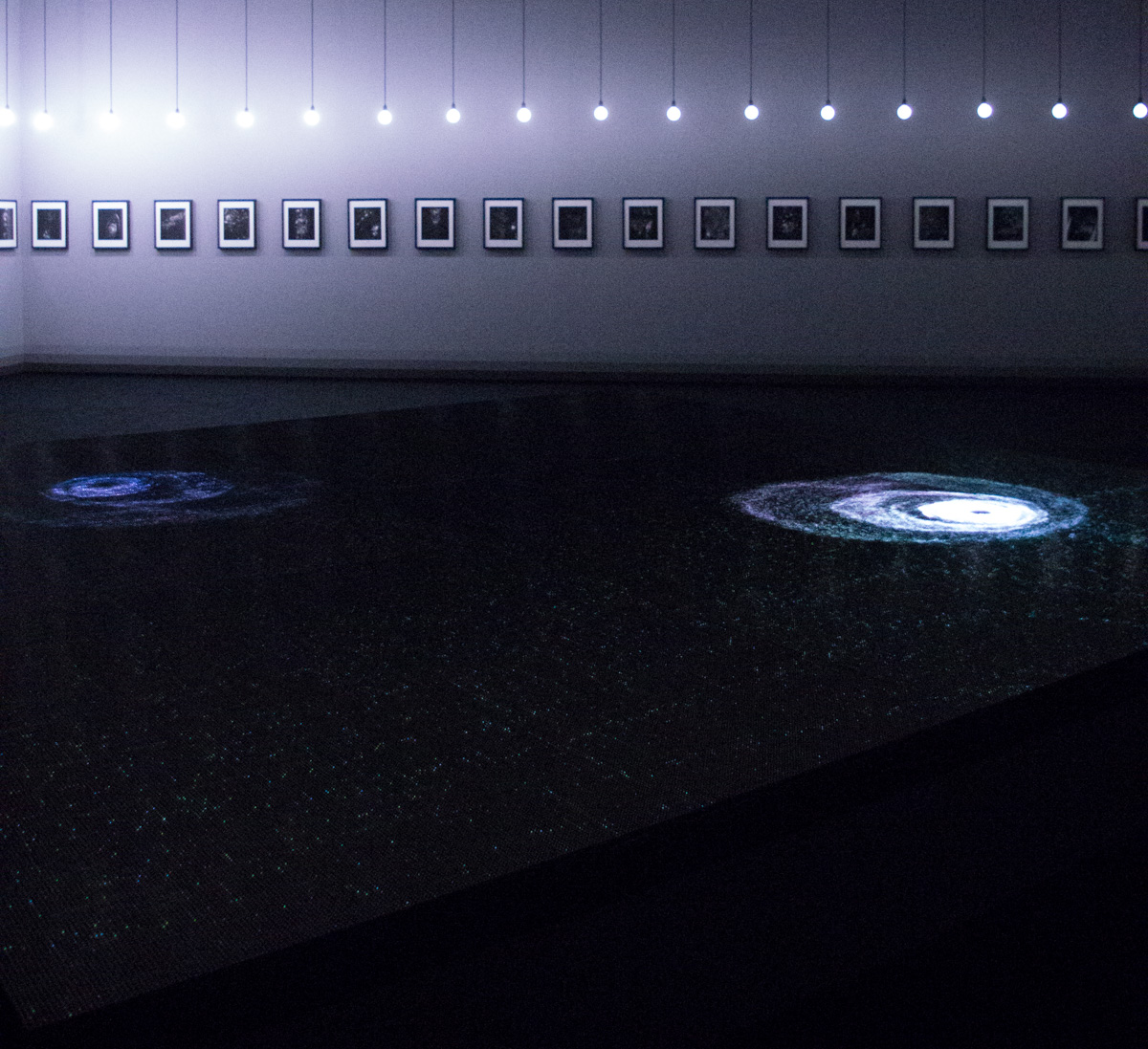 Yesterday night, at the Centre Pompidou, there was the opening of the exhibition « Under Shadows », by the artist Melik Ohanian, Prix Marcel Duchamp 2015. Out of Pluto has played an importal role for the central piece, Modelling Poetry.

The visitor walks into the shadows. In the middle, Andromeda and the Milky Way become closer and closer until their final collision takes place, all of it is shown on a big LED screen. This art piece is inspired by a study from NASA: in 4 billion years’ time these two galaxies will collide. The scientific algorithm behind Modelling Poetry comes from Pluto (Out of Pluto).

On one of the walls, seven photographs mounted into luminous panels are animated for a second each minute: they show the state changes of Caesium 133, the chemical element that defines the second in atomic clocks, actually when it changes from solid to liquid. The pièce, “Portrait of Duration” includes photographs hanging around the room, illuminated by LEDs in a special sequence (Gradient).